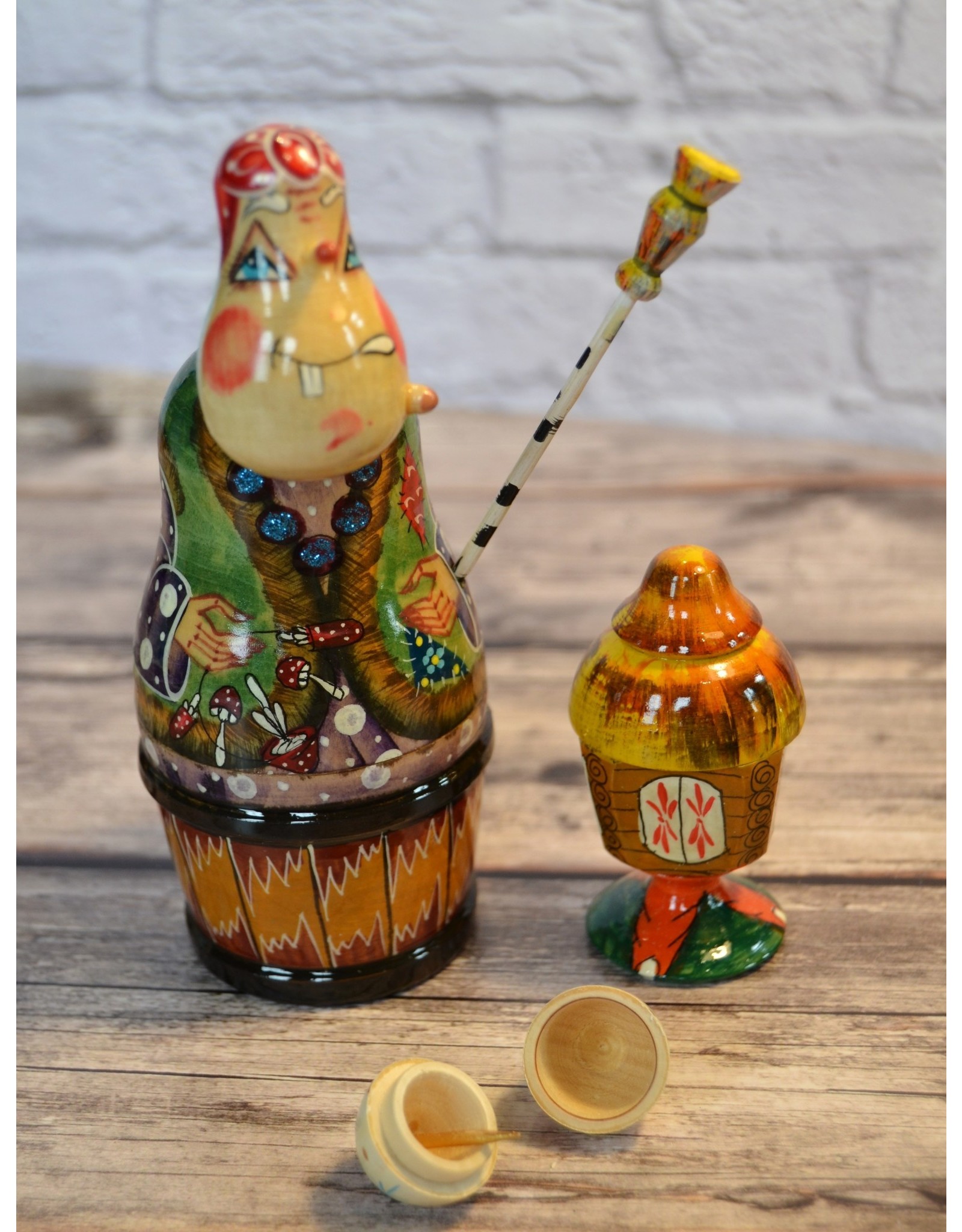 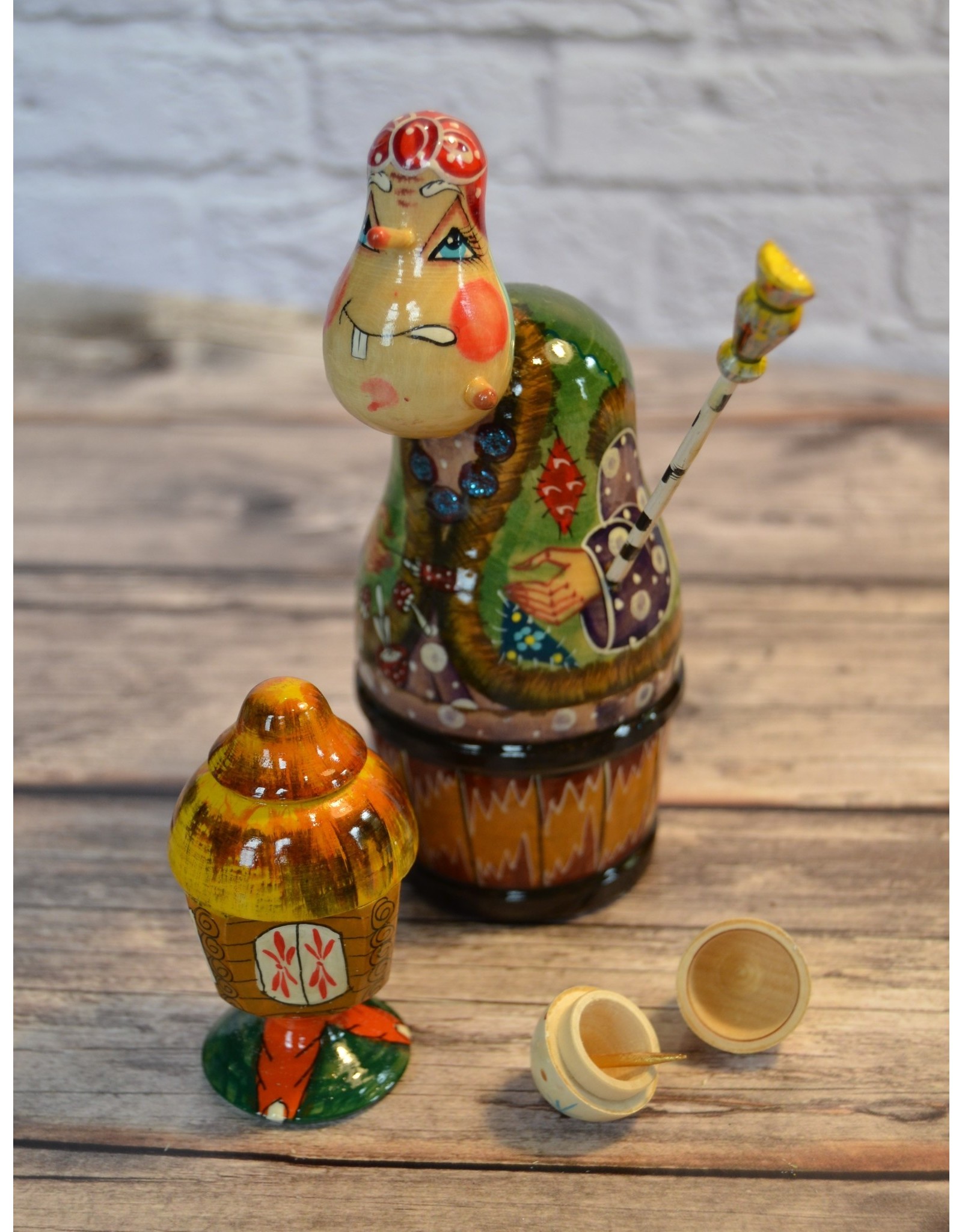 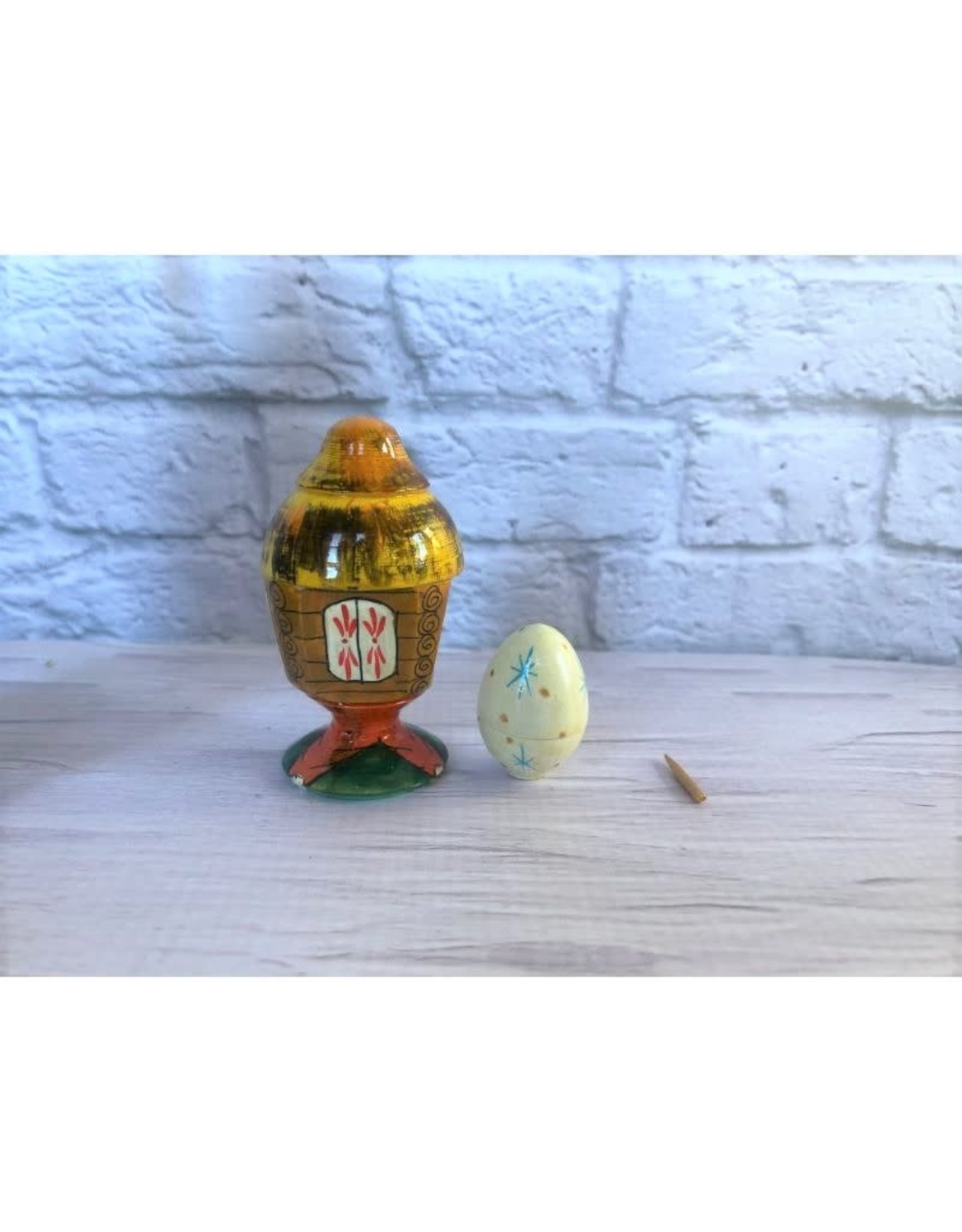 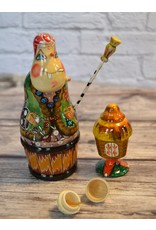 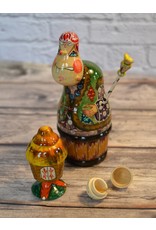 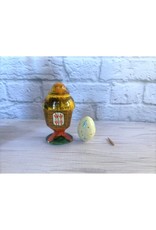 In Slavic folklore, Baba Yaga is a supernatural being (or a trio of sisters of the same name) who appears as a deformed or ferocious-looking old woman. In Russian culture, Baba Yaga lived in a hut...usually described as standing on chicken legs!

Baba Yaga may help or hinder those that encounter her or seek her out. She may play a maternal role and has associations with forest wildlife. According to Vladimir Propp's folktale morphology, Baba Yaga commonly appears as either a donor, villain, or may be altogether ambiguous. Her depictions vary greatly across tales, ranging from a child-eating monster, to a sweet grandmother helping a protagonist find his missing bride.

Baba Yaga is identified as one of the most memorable and distinctive figures in eastern European folklore. Baba Yaga  is a many-faceted figure, capable of inspiring readers to see her as a Cloud, Moon, Death, Winter, Snake, Bird, Pelican or Earth Goddess, totemic matriarchal ancestress, a symbol of female empowerment, or just another archetypal image.