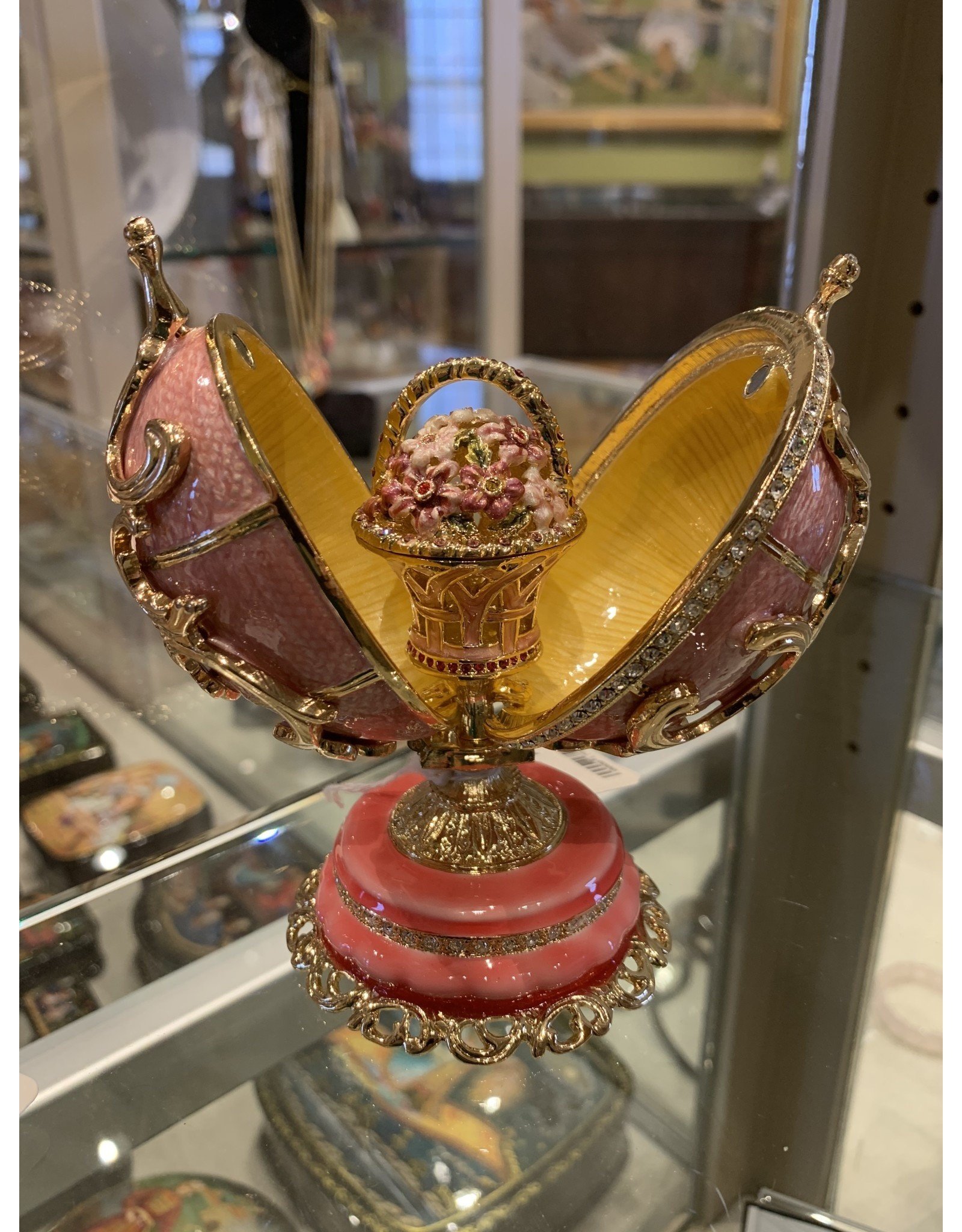 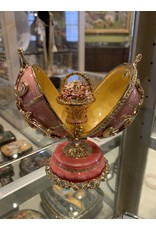 Beautiful figurine in the style of original Fabergé eggs, produced by the Museum of Fabergé in St. Petersburg, Russia.

The House of Fabergé is a jewelry firm founded in 1842 in Saint Petersburg, Russia, by Gustav Faber. Faber was a German immigrant to Russia; he chose the French-accented name “Fabergé” to brand his jewelry business because of the popularity of French and European culture among Russian nobility at that time. The House of Fabergé was most famous for becoming official jewelers to the Tsars, designing elaborate jewel-encrusted Easter eggs for Nicholas II and his family. As seen in the TMORA exhibition Unknown Fabergé (2016), they were also known for a range of other works of high quality and intricate detail.

Gustav Faber's sons, Peter Carl and Agathon, and his grandsons, continued to run the business until it was nationalized by the Bolsheviks in 1918. In 1924 they opened a new boutique in Paris. Since 1937, the rights to the Fabergé brand name have been sold for a variety of cosmetic marketing campaigns. Next to these new branded Fabergé products, the world market has been continuously supplied with imitation "Fauxbergé" items and "Fabergé-style" products.

The Fabergé Museum in Saint Petersburg, Russia, is a privately owned museum which was established by Viktor Vekselberg and his Link of Times foundation, in order to repatriate lost cultural valuables to Russia. The museum is located in the center of Saint Petersburg at Shuvalov Palace on the Fontanka River. The museum's collection contains more than 4,000 works of decorative applied and fine arts, including gold and silver items, paintings, porcelain and bronze. A highlight of the museum's collection is the group of nine Imperial Easter eggs created by Fabergé for the last two Russian Tsars.