Zhostovo is a traditional folk-art style of painting that began in the early 19th century.  The style originated on lacquerware, and by the 1920s, it was being painted on metal trays.

The name Zhostovo comes from a village of the same name in the Moscow region, where the style was first created.

The most widely used motifs of Zhostovo painting are mixed garden bouquets or wildflowers. The edges of the tray are usually painted with a light golden trim called уборка (uborka). When the tray is finished being painted, it is covered with three layers of light lacquer and polished to brilliance. 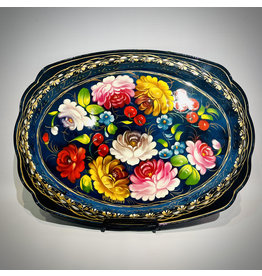 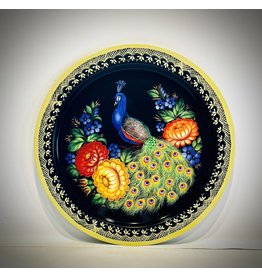