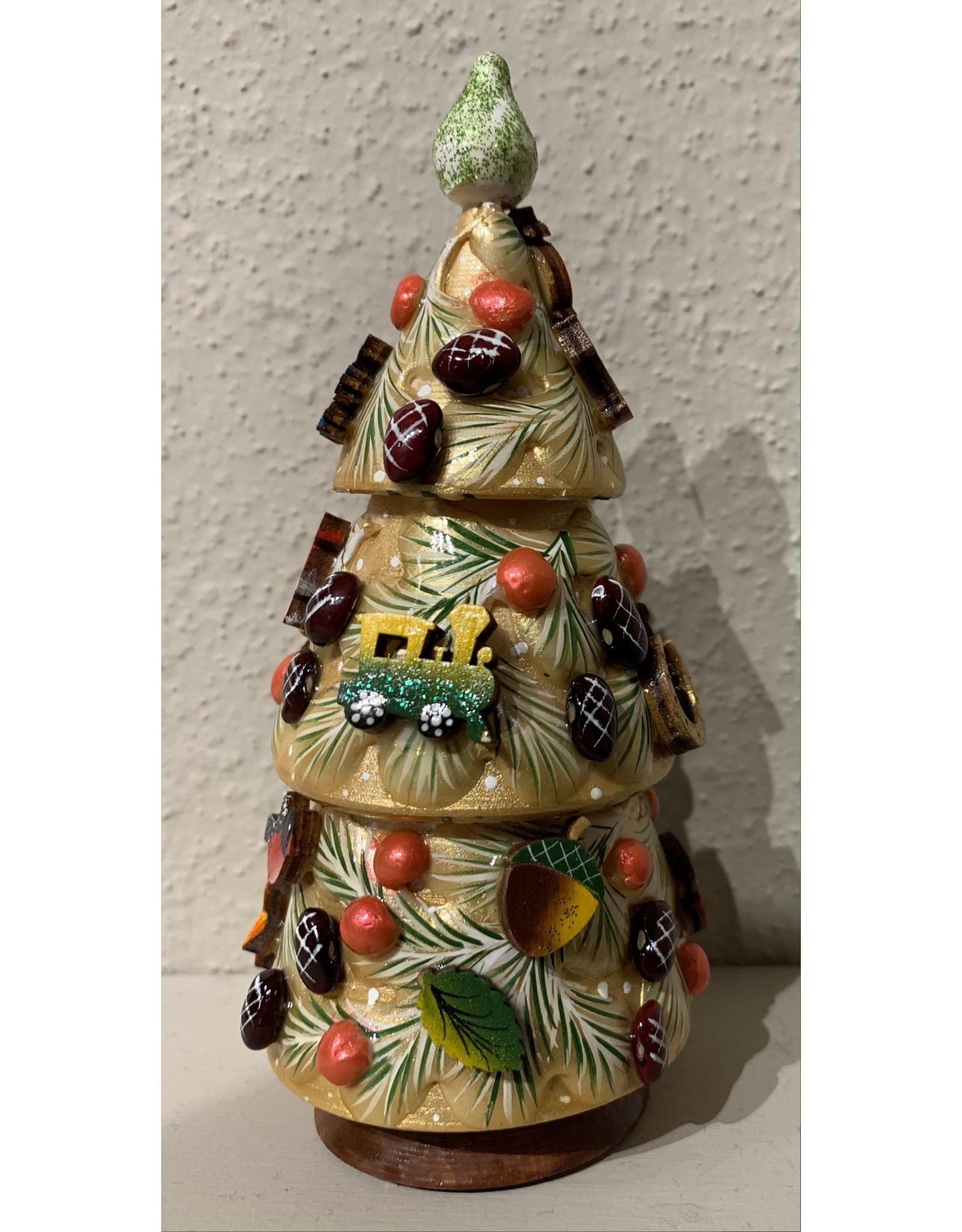 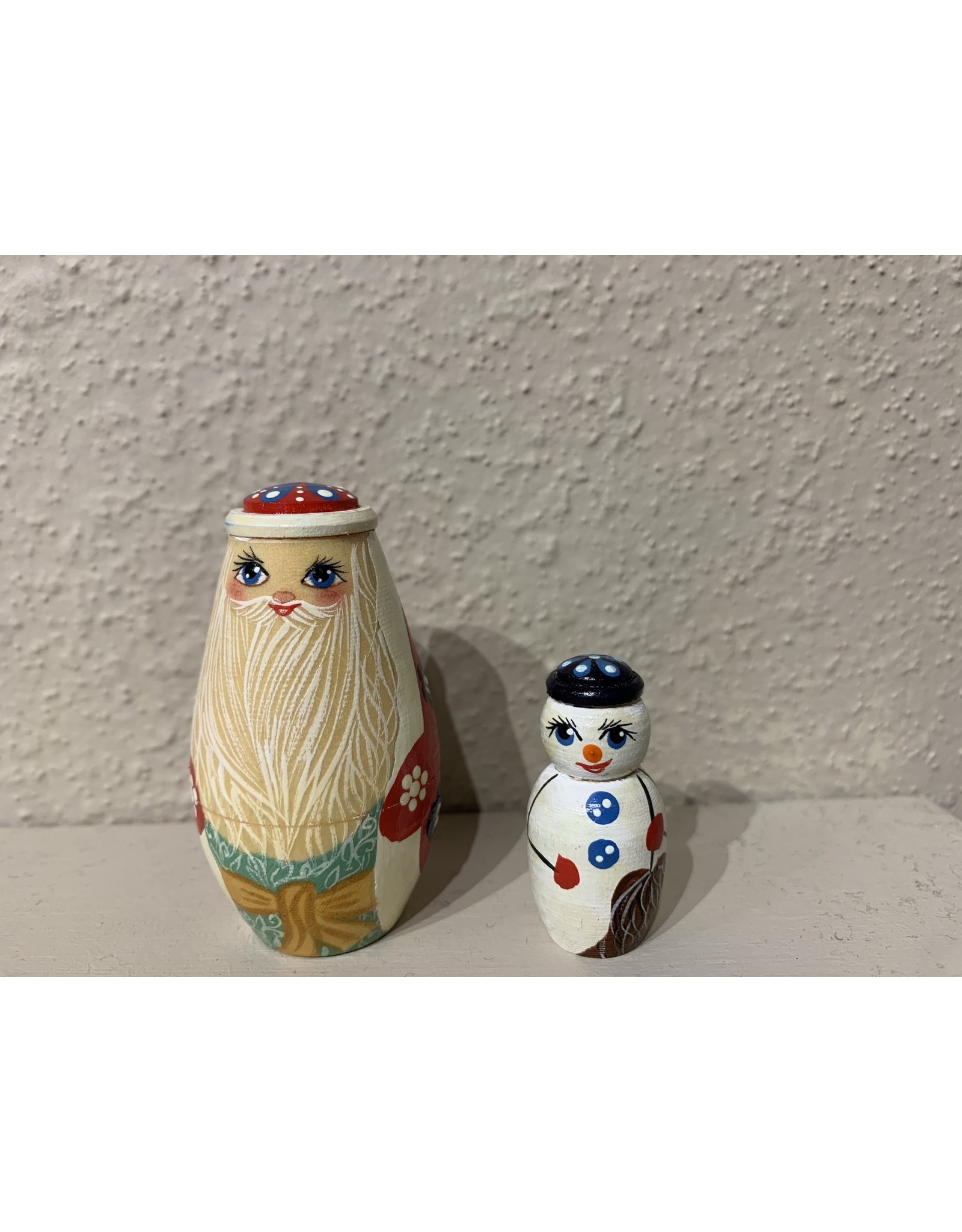 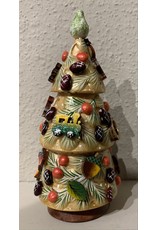 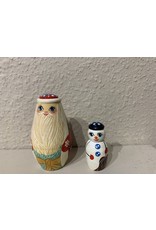 Beautiful hand-painted Christmas tree in the form of a nesting doll -- with Father Frost and a snowman hiding inside!

Beginning in the Soviet Union, most Russians will put up a holiday tree at the end of December to celebrate the New Year.