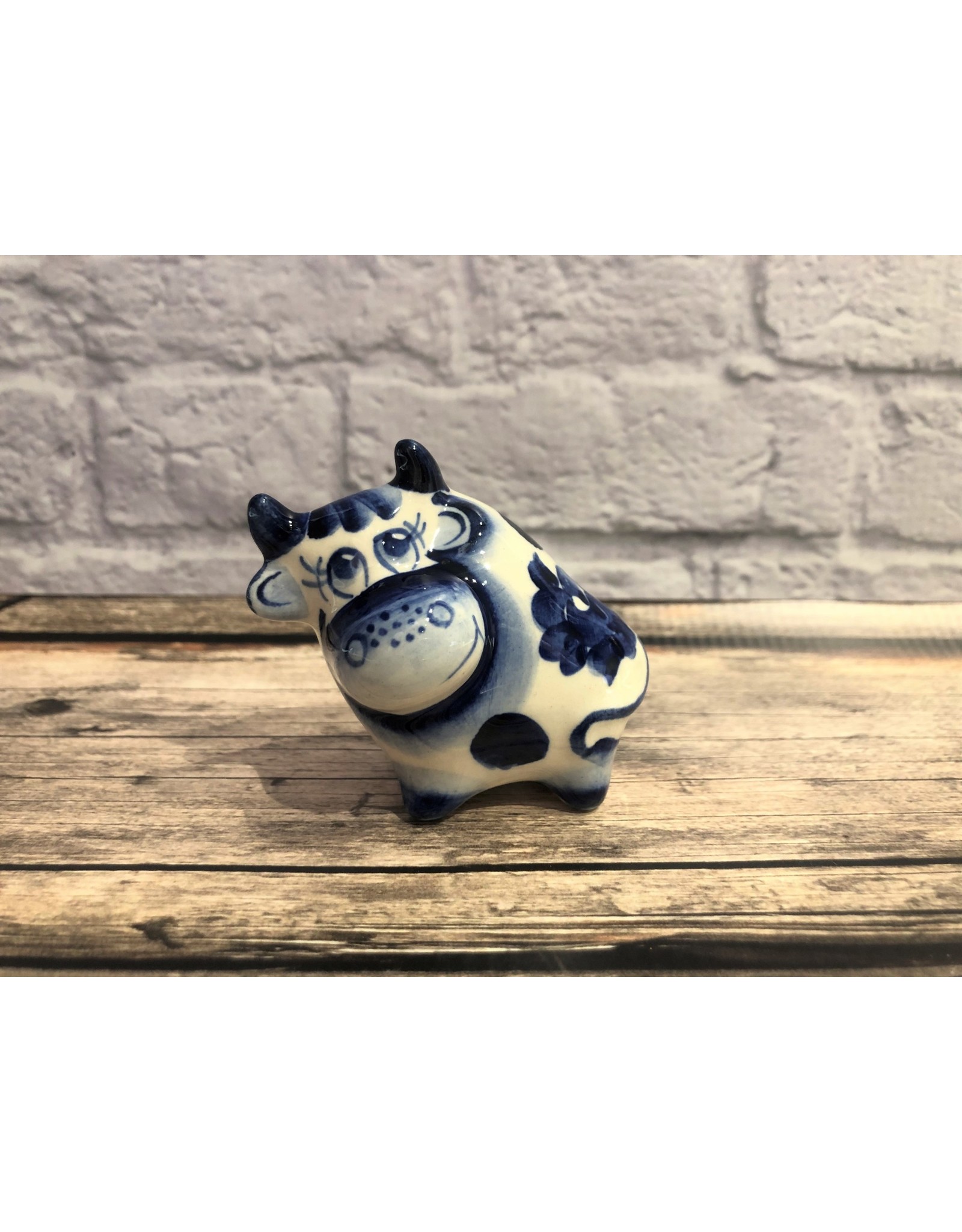 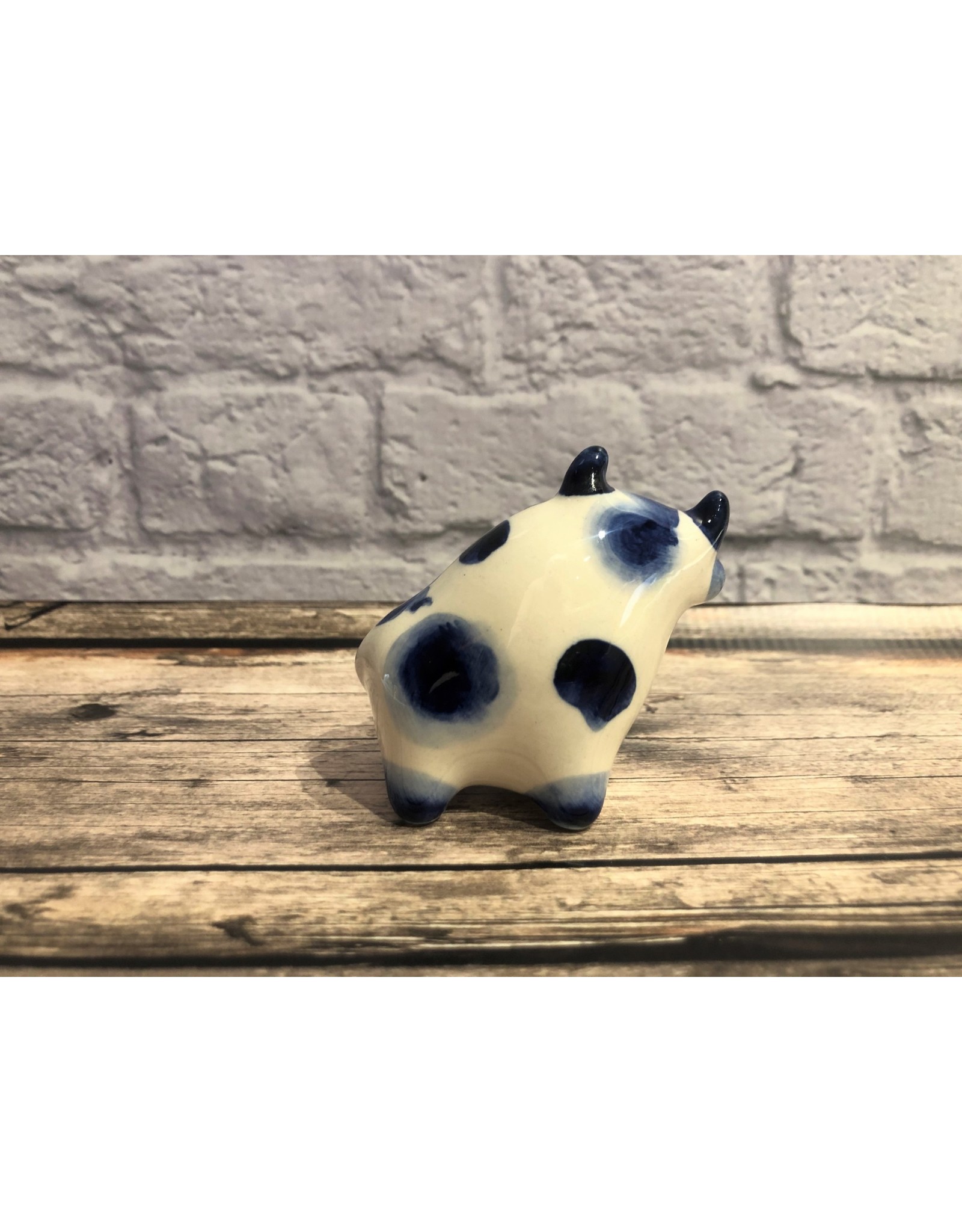 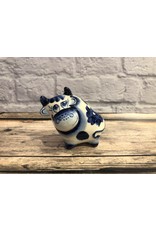 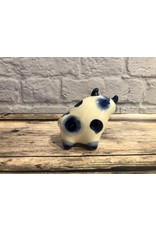 Adorable, miniature Gzhel figurine of a bull cow.  The bull is the Russian animal that symbolizes the year 2021.