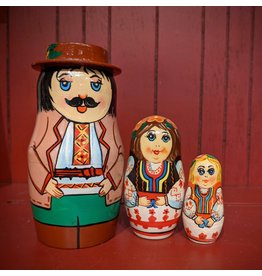 A three-piece nesting doll set which depicts a Ukrainian family.

A nesting doll depicting the classic folk tale of "Hansel and Gretel." In a fun twist, the outermost "doll" does not depict a person, but rather the witch's candy house! 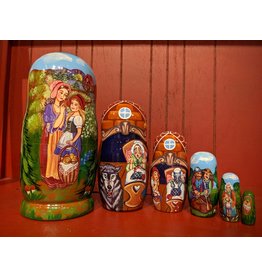 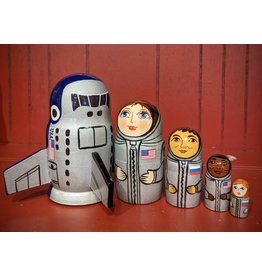 Measures 5" at its widest point, 4" in height.
Add to cart
Space Shuttle Matryoshka
$45.00 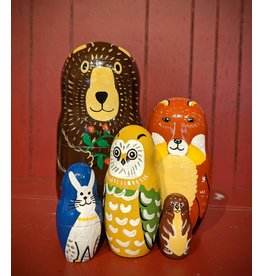 A quaint set of woodland creatures -- a bear carrying wild strawberries, a bushy-tailed fox, a dumb-struck owl, a perky bunny, and a mischievous beaver, a unusual twist on the Russian matryoshka motif. 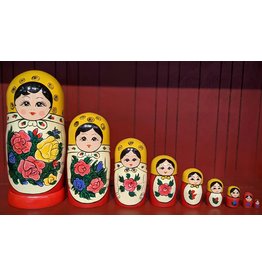 An impressive nine-piece matryoshka made in the classic, Semenov-style with a striking yellow, green, red, and blue design and thick black outlines. 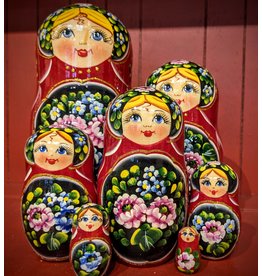 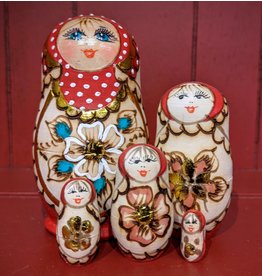 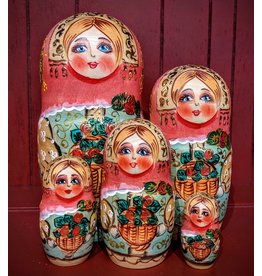 This brightly colored Matryoshka doll was hand carved and hand-painted in Russia. Each doll is painted with bountiful baskets filled with roses. 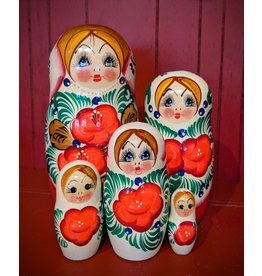 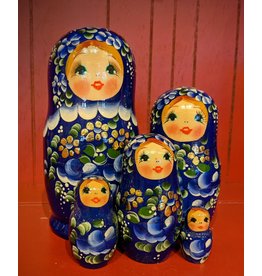 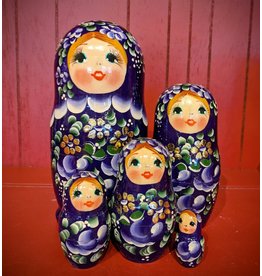 A five-piece matryoshka set in deep violet with golden petals.

Measures 7" in height, 4" in diameter. Made in Russia.
Add to cart
Medium Purple Matryoshka with Gold Petals (Five-Piece)
$72.00
Page 1 of 7