There is nothing more emblematic of Russia than the matryoshka nesting doll! 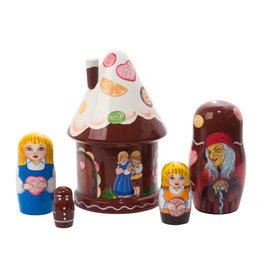 A nesting doll depicting the classic folk tale of "Hansel and Gretel." In a fun twist, the outermost "doll" does not depict a person, but rather the witch's candy house!