Soviet "To the Stars" Bronze Sculpture 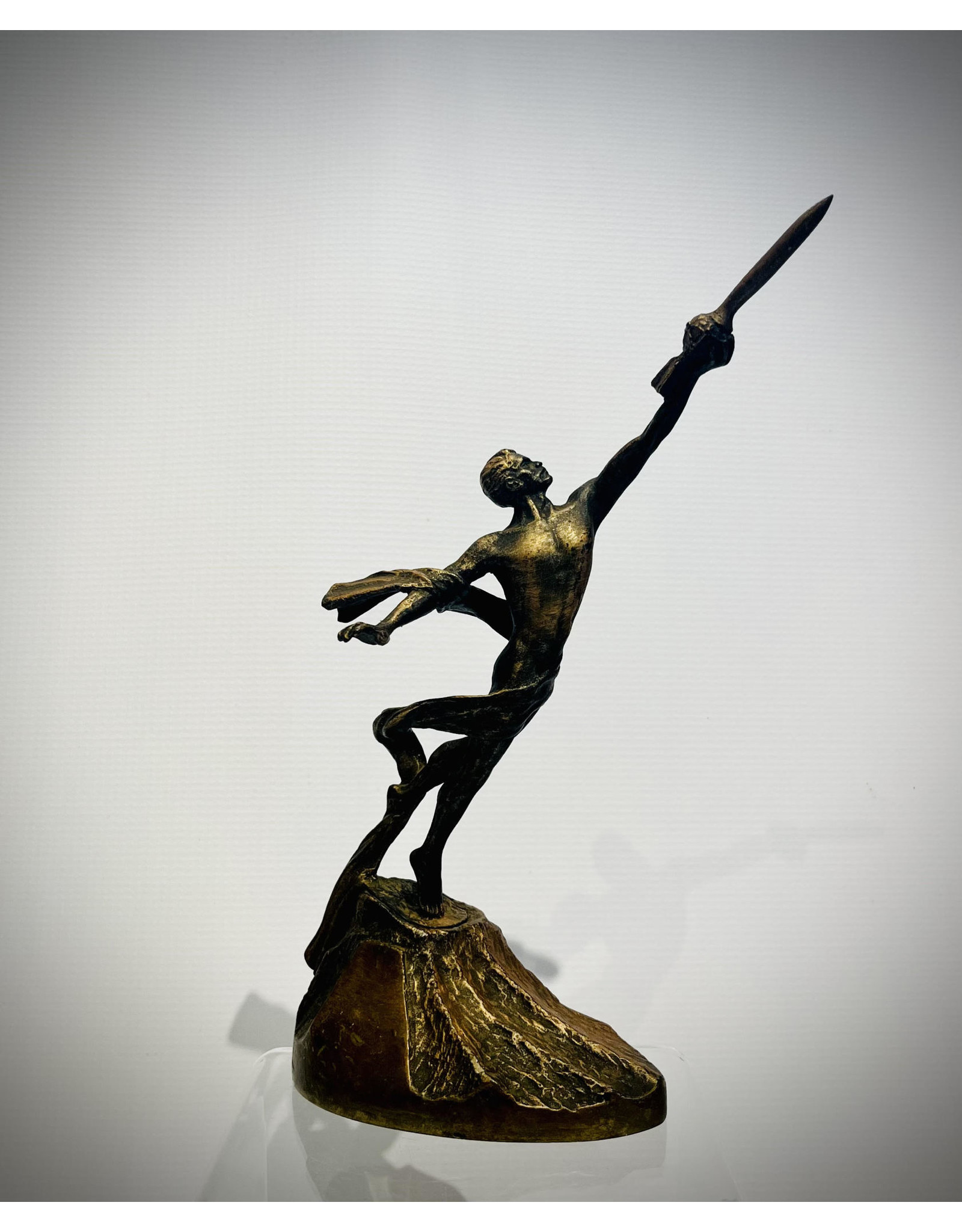 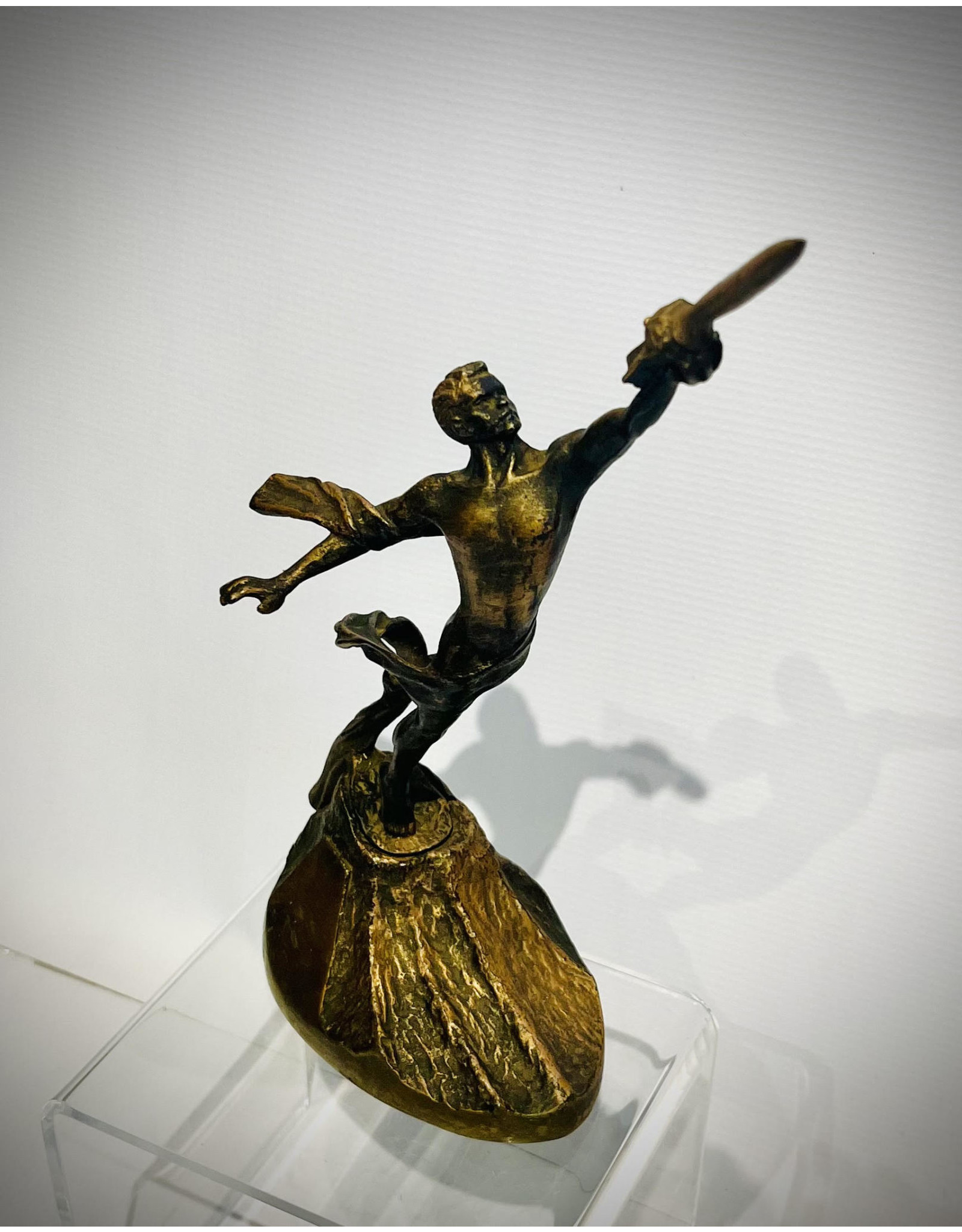 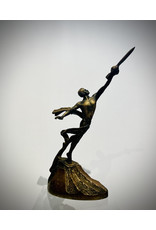 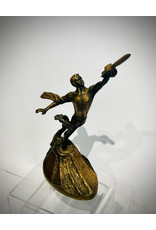 This dynamic and emotive bronze statue is a copy of Grigory Postnikov's monument "To the Stars"  commissioned to commemorate the early achievements of the Soviet space program and the flight of Yuri Gagarin, the first man in space.

The statue was made at the Black Sea shipyard in Nikloaev, Soviet Ukraine (present day Mykolaiv, Ukraine).  Statues and other small metal objects were made for the consumer market from scrap metals alongside their more strategic counter-parts made for Soviet Naval vessels and submarines.  Consumer goods from the factory carry the mark "NIMOR" as to hide their origins from the military shipyard.