Tea is an important part of Slavic and Central Asian culture. In Russia, due to it's cold northern climate, it is today considered the de facto national beverage and is closely associated with traditional Russian culture. Tea in the Russian and Northern Eurasian traditions are brewed and can be served sweet, and hot or cold. It is traditionally taken at afternoon tea, but has since spread as an all day drink, especially at the end of meals, served with dessert. A notable aspect of Russian tea culture is the samovar, which is used for brewing. 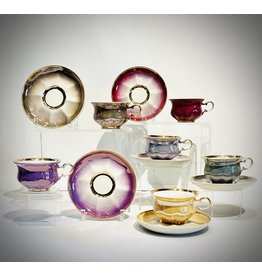 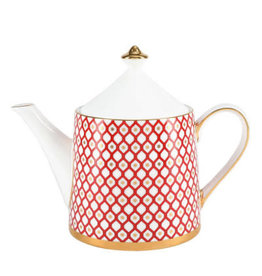 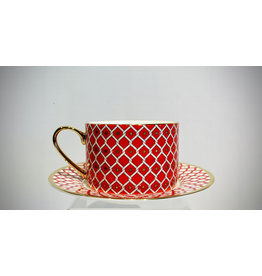 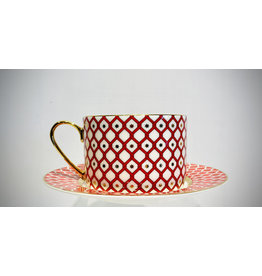 Soviet vintage excess at its finest. This podstakannik was made specifically for the restaurant in the Ostankino Television Tower in the then Soviet Capital.
Add to cart
Vintage Soviet Ostankino Tower Podstakannik
$55.00 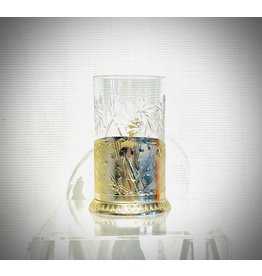 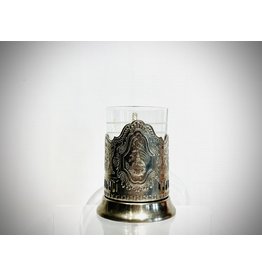 This vintage Soviet tea glass holder, or "podstakannik," is adorned with cosmic patterns of satellites, rockets, and the Kremlin. This style of holder is popular on trains for stability, and at home for decoration. A soviet-style glass is included. 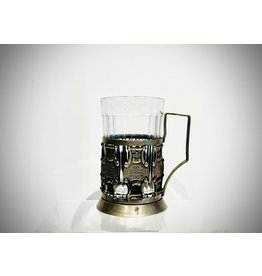 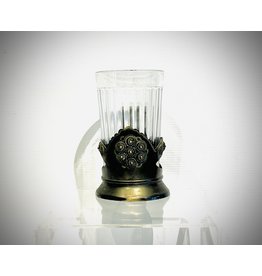 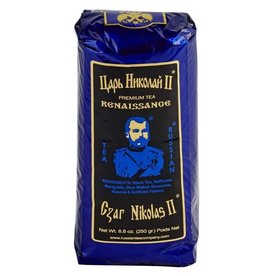 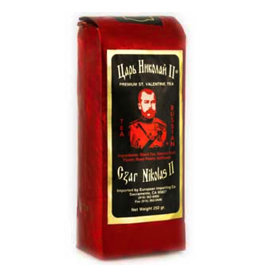