Bolesławiec pottery, also referred to as "Polish pottery, is the collective term for fine pottery and stoneware produced in the town of Bolesławiec, in south-western Poland.

The art originated in the late Middle Ages, but it fully developed in the 19th century and has continued ever since. Each product is characterized by an iconic blue decorative pattern on a white base background, with alternative touches of green and yellow elements. The scope of the stoneware ranges from teapots and jugs to plates, platters and candelabra. The pottery is collectively known as "Polish stoneware," as it became one of Poland's unofficial cultural symbol. 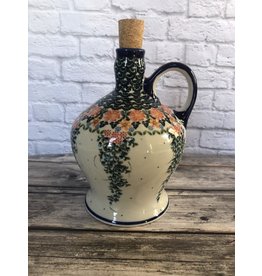 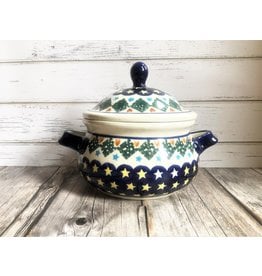 This is a beautiful and rare Boleslawiec Polish pottery small tureen with stars and hearts design. Purchased in Poland in the 1980's, it is in excellent condition for its age. Measures 7 1/2" from handle end to handle end, 6" across the widest part, and
Add to cart
Boleslawiec Polish Pottery Small Tureen Stars and Hearts
$50.00 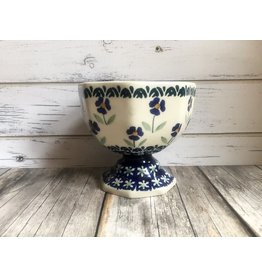 This is a beautiful, vintage Boleslawiec Polish pottery footed bowl with blue flowers design. It is in excellent condition, vintage 1980's. It measures 4" high by 4" octaganal at the top. Base is 2 3/4" octaganal. Made in Poland.
Add to cart
Boleslawiec Polish Pottery Blue Flower Footed Bowl
$40.00 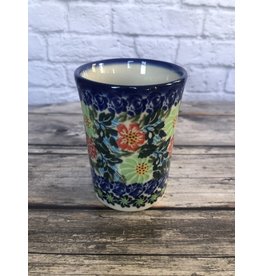